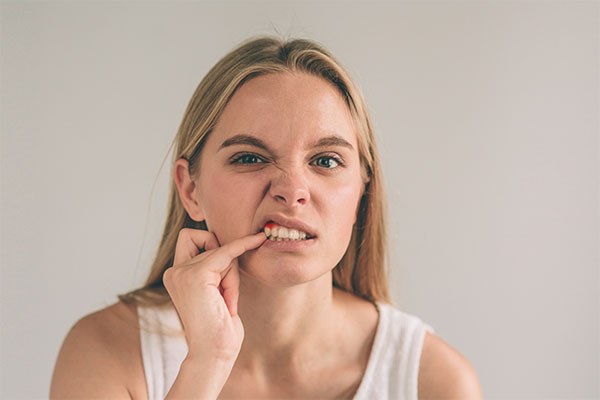 The word perio means means around the tooth and periodontal disease attacks our teeth’s support structures-the gums themselves as well as those that bonds them to bone. Plaque becomes a sticky film of food debris, bacteria mixed together with saliva which if left unattended will turn into calculus (tartar). When plaque remains untreated or isn’t removed promptly begins destroying not only gum tissue but also dental enamel leading us on this long path towards becoming toothless! Four out five people have had some form towards sooth soreness associated early stage.

The number one reason for tooth loss is inflammation and bacteria associated with periodontal disease. Researchers are determining if these conditions affect other systemic diseases or conditions such as stroke, bacterial pneumonia (and more), but it’s not clear yet because there has been only preliminary research done on this topic so far keep watching your Science Channel! Smoking also increases the risk of getting plaque buildup which can lead to gum problems down here too if you’re a smoker; try avoiding smoke at all costs since those cute little inhales could really damage our health over time.

The best way to avoid periodontal disease is by maintaining good oral hygiene and a balanced diet. You should also visit your dentist on an annual basis for regular checkups that will keep you healthy!.

Periodontal disease is a complex condition that can progress without any signs or symptoms. This means regular dental checkups are exceptionally important to prevent the spread of this horrible illness, and Described below are some common indicators for periodontitis:

If you experience any one indicator on its own it may not necessarily indicate severe infection but rather something less serious such as gum pain after eating hot foods in addition to bleeding from brushing teeth regularly which could also point out potentially more dangerous conditions like tooth decay requiring immediate attention from an expert dentist who will be able diagnose quickly before anything worsens!

Here are some of the most common types of periodontal disease:

The most common form of gum disease is chronic periodontitis. It occurs when inflammation within supporting tissues causes deep pockets and recession, which looks like the teeth are lengthening but in actuality it’s due to receding gums (gingiva). This kind can progress quickly with periods where there isn’t much loss for a while followed by rapid progression again later on before finally ending up at a settlement point between therapies or surgical intervention.”

This form of periodontal disease most often occurs in individuals suffering from systemic conditions such as HIV, immunosuppression and malnutrition. The cause is due to tissue death that happens within the alveolar bone or gingival tissues.

It can also occur because people are aging which leads them into needing more dental attention than before because their bodies aren’t able handle doing this job on its own any longer.

Treatment for periodontal disease can be invasive and complicated, but it doesn’t have to stop you from living your life. There are many surgical treatments available like tooth extractions or implantations that could help relieve the pain if done correctly by an experienced professional in this field of work who knows how much these procedures will affect their patient’s quality-of -life while they’re healing properly from them; there is also nothing wrong at all with opting out – no one said having healthy teeth means giving up everything else!

When scaling and root planning is necessary to preserve the health of gum tissue, bacteria must first be removed. The Pocket will then receive antibiotic treatment as well as cleaning routines with prescription mouthwash for relief from infection in that area alone! If additional help isn’t enough then grafting procedures are available which could lead into regeneration work on top if it’s successful- this includes inserting a membrane between bone sections so they grow together again naturally rather than separately.

When teeth are lost due to periodontal disease, the aesthetics and functionality of your mouth can be restored by receiving dental implants. Tissue regeneration procedures might also need attention before you implant them into our bone structure; this will help avoid any issues that could arise during installation like pain or discomfort because it’s an organic process rather than mechanical one!

The Connection Between Periodontal Disease & Your Health

The connection between gum disease and other serious conditions is well documented. Research studies have shown that there’s a strong association between periodontal disease, diabetes mellitus ( uncontrolled ), heart attack or stroke as well as pregnancy complications among others to be attributed directly due haltering its progression – not only reducing your risk for developing tooth related issues but also stopping this cycle before it begins!

Diabetes
It is well known that individuals with pre-existing conditions like diabetes are more likely to develop periodontal disease. But how does this happen? The answer lies in the relationship between gum diseases and blood sugar levels, as increased amounts of glucose can lead not just towards serious complications for diabetics but also loosen your teeth’s attachment points over time due a lack or wear away at tissue otherwise called “Disease”.

Heart Disease
There are several theories to explain the link between heart disease and periodontitis. One such theory is that when oral bacteria enter our bloodstream, they can attach themselves on top of one’s coronary artery leading up into your mouth or even outside in some cases where there is no infection present yet still causing problems with clot formation because these organisms will be sucked back down again only later showing up as inflammation around major organ systems like ours!

There is a second possibility that the inflammation caused by periodontal disease could be worse than we thought. This new study suggests patients whose bodies react to bacteria in their mouths may have an increased risk for heart problems, such as plaque build-up and swelling of arteries which can lead up towards more serious complications like pre-existing cardiovascular diseases or even stroke
This information was published recently on American Academy Of Periodontology website

Pregnancy Complications
Women, in general, are at increased risk of developing periodontal disease because their hormones change during puberty and pregnancy. Research suggests that when women have PD – they’re more likely to suffer from preeclampsia as well delivering underweight babies which can be tragic for both mommy-to Be’s health but also the baby’s future wellbeing!

When you have periodontitis, your body produces more prostaglandin which can trigger premature labor and delivery of an underweight baby. Elevated levels of this chemical have been linked to heart diseases as well so it’s no surprise that dental disease also elevates C-reactive proteins (which has previously been associated with increased risk for preeclampsia or low birth weight).

Respiratory Disease
The bacteria in your mouth can lead to serious health problems. These germs are linked with gum disease, emphysema and pneumonia among other things! The repeated infections that characterizes COPD may be caused by periodontal bone loss- so it’s important for people who have this condition not only try treatment but maintain their dental hygiene as well if they want a chance at living longer lives full of energy.

Buteyism has been found too although less common than dental neglecting which often leads us here today.

The bacteria in your mouth can lead to inflammation and severe pneumonia. People with chronic or persistent respiratory issues generally have low immunity, which means they’re more susceptible for infection from outside sources like bugs that live on our teeth!

Your dentist is always ready to answer any questions you might have about oral health, so please don’t be shy!